2015 is about to end in a few days. But before we bid goodbye to this year, here is a look back at what happened in the world of Philippine Radio. This article will analyze on the Top 10 newcomers, comebacks, reformats & restructures in Metro Manila (and a few in other key cities).

This list ranges from newcomers to restructures to ventures.

Late last year, 8TriMedia, a media company of Jojo Soliman, began as a blocktimer on DZJV 1458, airing its programs during nighttime (6pm onwards).

Last April, 8TM bought time from DWBL 1242 to air its programs. From 4 programs, they expanded to 7 on this 20-Kw station. The roster is consisted of veteran newscaster Miguel Gil, singers Lloyd Umali & Ima Castro, showbiz columnists Shalala & Rodel Fernando, and former Manila mayor Fred Lim, among others. Percy Lapid (who used to be with DWIZ) used to host a program on DWBL Katapat. However, he later joined the 8TM roster.

Recently, in October, 8TM made a bigger step by buying time from DZRJ 810, the so-called “Voice of the Philippines”. From 7 programs, they expanded to 10 on this 50-Kw station. Their programs can be heard from 9am – 7pm straight. Tolits Laureño (of Brgy. LS) and DJ Toni (ofHome) joined the 8TM roster.

Time by time, 8TriMedia slowly grows bigger, it’d probably set up its own station one of these days.

Last January, after almost 12 years on the air, 103.5 Wild FM left the airwaves without any formal announcement, leaving its listeners nonplussed & disappointed. However, it went back on air a month later, but this time playing Classic Hits. Hence, on March 16, 103.5 Retro Cebuwas born. This was the 2nd retro station set up by UMBN (the 1st one was Davao’s 95.5 Hit Radio, owned by ACWS-UBN).

After a few months, Cebu’s 1st & only retro station proved to be a huge success. As a result, UMBN will rebrand Hit Radio as Retro Davao next year.

After 5 years of absence, on October, Mom’s Radio has returned to the airwaves. Estima Content, the program provider for Mom’s Radio, renegotiated with SBN.

However, it can be only heard on 3 key cities: Cebu, Bacolod & Davao. Prior to the return, those stations had a mere 8 hours of airtime, playing only a variety of music. Now, they have a longer airtime, with a ton of interesting programs.

Last March, Central Luzon’s most powerful FM station got revamped.D’Ultimate rebranded as 105.5 UFM with a CHR format & a new slogan “You’re On The Right Side”. All the DJs are now using English, except for its News/Talk-oriented programs. 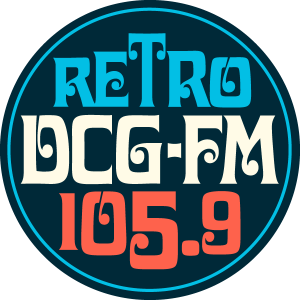 Last October 12, Hillbilly Willy (who was recently fired from Wish for unknown reasons) was appointed as Station Manager of Retro 105.9. His “mission” is to improve the station’s programming, as it was a mess sinceSgt. Pepper left.

Trouble came when Willy was sent a restraining order from UNTV, refusing him to use the Morning Flight. However, this doesn’t stop him from using that name. [see below]

A few days later, Jimmy Jam was fired [see below] and later replaced byBruce Romano (of RX, Kool & Energy). The latter enjoyed some fame on Energy as Prinsipe Mola & its 1st & only Mola-serye, Digmaan Lusob Mola. Later on, Bobby Ante (who used to be with HBW in WKC) joined the Retro roster. In Addition to those, every Saturday night is reserved for a guest DJ, . 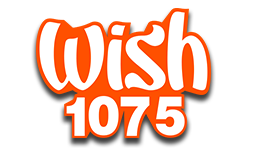 Goodbye, Hillbilly Willy. Hello, T-Bone. Last October 12, T-Bone (who, I guess, resigned from DWIZ) took the place of Hillbilly Willy, who was fired before. As a result, Morning Flight, in which Willy requested to use while he was with the station, was reverted to Morning Wish. Wish also unveiled its new slogan “All Hits 24/7”, along with a new set of stingers.

JJ Sparx is back again from his 1-year hiatus & goes on board every Sunday morning. He was also appointed as director of  UNTV’s International News Divison.

A month later, Jimmy Jam joined the station as Program Director & T-Bone’s substitute every Saturday. Its playlist improved; it now plays a majority of 70s, 80s & 90s. As a result, Saturday Hitback was phased out.

After Holy Week, 97.9 Home Radio revamped once again as an English-speaking station with a CHR Local format, a mix of CHR/Top 40 & OPM. And it even dumped its Tagalog ID in favor of its new slogan “Be You”. In short, it completely exited the Hot AC market.

Miguel “Migz With A Z” Anzures (of RT/Hit) was appointed as station manager. Most of the jocks were replaced with new ones, including Anne (of Wave; who left after around 2 months). Nonetheless, Braggy &Castri were retained. In addition to that, The Vault was replaced withGuilty Pleasures, playing only 2000s music.

Recently, the “Natural” slogan was finally dumped in favor of its new slogan “The Music of Now” & “The Home of The Millennials”. 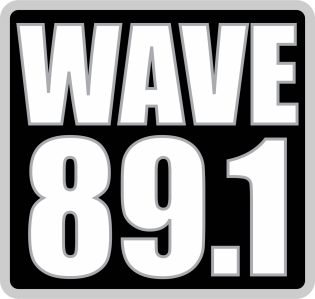 Last March, Sgt. Pepper (who left Retro a month before) was appointed as Station Manager of Wave 89.1. New & recurring programs were introduced, such as Quarter Attack, Street Mix & Bass Hour. The Flow was revamped as a program to promote Pinoy Hip Hop. BITD: Back In The Daywas replaced with SOS: Saturday Old School, focusing only on Classic Hip Hop & R&B. Hence, the new slogan “Change The Game”.

A month prior to this, Pepper slammed Margaux (who joined Play the next month) for not being familiar with Paul McCartney (who has been popular for the last 6 decades) and thanking Rhianna & Kanye West for bringing him to fame. H-Town later defended Margaux that she was just “joking”. This is probably one of the reasons why Pepper moved to Wave. 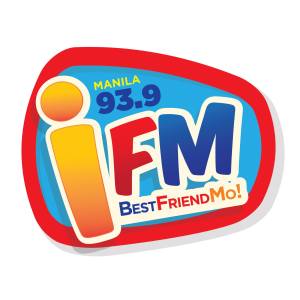 Their identity changed from Barkadooter to Kakambing to Bestfriend. Let’s hope that their new identity would last as long as their formerPuwede era.

Recently, at the height of the INC leadership controversy, EZ Shopventured into radio through EBC‘s radio stations. This block can be heard everyday on Radyo Agila & Pinas FM. This is another first in Philippine radio history.

There are other events, which aren’t mentioned in my Top 10. So, I’ll summarize them.

Sorry if I missed some other events. But, the list goes on.

Time to wrap things up. A blocktimer moves to a more powerful station with more programs. An “exchanging papers with seatmate” peg happened between Retro & Wish. A station, which entered the battle in the Hot AC market & lost in the long run, made a good move by entering the CHR market. A Hot AC station kept on changing its identity (looking for a better one) in order to survive the stiff competition. A particular station reformatted because of Politics & Crab Mentality.